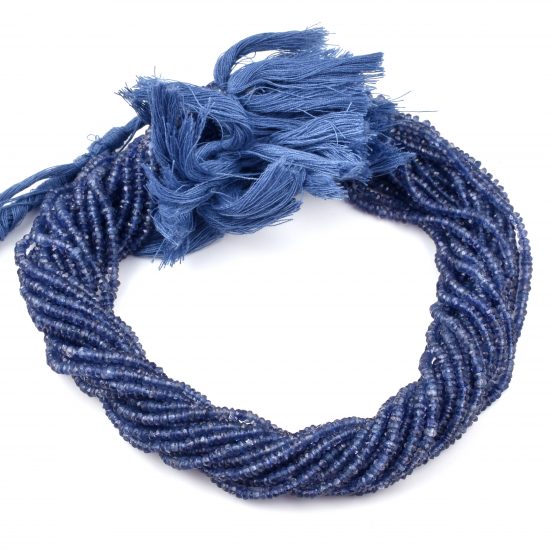 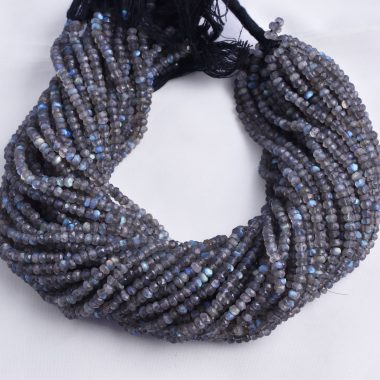 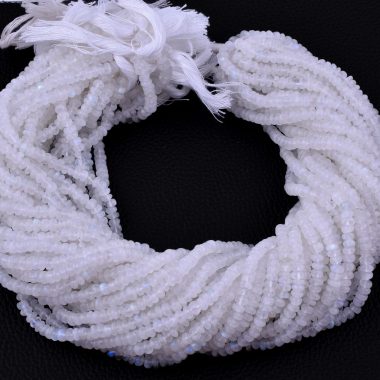 Iolite Faceted Rondelle Beads – Ancient Viking navigators used thin slices of iolite as filters to assist locate the sun on cloudy days. whether or not or not the tales are true, iolite may be designed into stunning gems. powerfully pleochroic iolite has been incorrectly known as “water sapphire,” because it will display a blue to violet hue in one direction and yellowness to colorless in another.

Iolite is a kind of the mineral cordierite. This mineral was named when French geologist Cordier. The name iolite comes from ios, the Greek word for violet. Like sapphire and tanzanite, its fellow blue gemstones, iolite is pleochroic- which means it transmits lightweight otherwise once viewed from completely different directions. it was extremely popular in jewellery in the eighteenth Century in Europe however nowadays it’s used somewhat occasionally.

Iolite additionally called the Neeli in the sacred texts is the Uparatna for Blue Sapphire. In some dialects it’s additionally called Kaka Neeli/ Kaka Nili. Profound in its impact whereby might individuals consider its powers comparable to the Blue Sapphire this Gem in Sanskrit is additionally known as as Shani Priya- beloved by Saturn. In crystal healing and Chakra healing Iolite is employed for the crown Chakra. Iolite is a pleochroic gem exhibits terribly robust pleochroism. also mentioned as Dichroite it exhibits intense Violetish Blue, royal blue, lightweight Blue and yellow gray colours once viewed from completely different angles.

Some individuals report that the Iolite is as powerful in its results and advantages just like the Blue Sapphire. it’s the Gem that’s the favorite of the relation of Lord Saturn and thence additionally noted as Shanipriya- virtually that means favorite by Lord Saturn.

WishlistWishlist
Back to Top